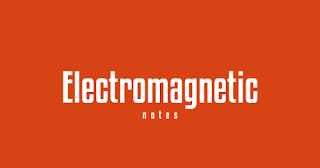 "We are using the biggest magnetic fields generated at the earth, that's fair. But at the same time, we're seeing something that's never been seen before. And then to come up with a suitable explanation invoking a magnetic field effect commonly seen in nuclear magnetic resonance (NMR), namely aromatic ring currents, is very fulfilling."

Aromatic ring currents can be understood as the proposal that electrons delocalized by aromaticity will move circularly when a magnetic field is applied perpendicular to the aromatic plane, typically nudging chemical shifts of nearby atoms in NMR spectroscopy.

"Here we have taken something that is common place in one type of spectroscopy and have shown how it morphs in a completely unexpected way while using our spectroscopic methods."

For the experiment, researchers chose a model aromatic chromophore called a phthalocyanine, which has a molecular structure similar to chlorophyll—nature's light absorber—but with stronger absorption of visible light and higher stability.

The calculations on this model phthalocyanine compound and its aggregates showed clear, magnetic field-dependent changes to phthalocyanine's ability to absorb light.

These results mark the first to demonstrate magnetic field dependent changes to the absorption spectrum of diamagnetic molecules. But it wasn't until researchers applied the classical analogue of the solenoid that the experiment sharpened into clarity.

A solenoid is an electromagnetic device that effectively converts electrical and magnetic energy using conductive loops of wire arranged like a spring.

Part of it was performed with the Split-Florida Helix Magnet at the National High Magnetic Field Facility in Tallahassee, Florida, which boasts the world's strongest magnet for NMR spectroscopy.

This one-of-a-kind magnet can reach and sustain magnetic field strengths of up to 25 T in a completely resistive fashion—in and of itself likely the most powerful solenoid on the planet. When operational, the magnet uses 2% of the power in the city.